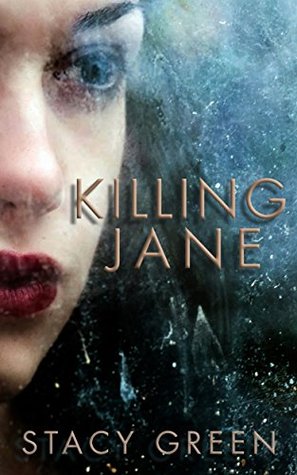 A young woman is brutally murdered in Washington D.C., and the killer leaves behind a calling card connected to some of the most infamous murders in history.

Rookie homicide investigator Erin Prince instinctively knows the moment she sees the mutilated body that it’s only a matter of time before someone else dies.

She and her partner, Todd Beckett, are on the trail of a madman, and a third body sends them in the direction they feared most: a serial killer is walking the streets of D.C.

THE CLOCK IS TICKING.

Erin must push past her mounting self-doubt in order to unravel a web of secrets filled with drugs, pornography, and a decades-old family skeleton before the next victim is sacrificed.

THE ONLY WAY TO STOP A KILLER IS TO BEAT THEM AT THEIR OWN GAME.

‘Killing Jane’ had the premise and plot to be a great book had it not been for the main character, Erin Prince. I truly had a problem liking her character. For a cop she behaved very un-cop-like. I understand that this is her first job as a homicide detective and murders whether it be fiction or non-fiction is hard but how she handled herself constantly grated on my nerves.

Erin, when she is on the job she is uptight, bratty, judgmental and altogether unprofessional. She lashes out at her partner Beckett and hurls abusive words. It does not help matters that her insecurities amplifies her feelings of being unworthy for such a high profile case. While I do empathize that she was a rape survivor and is still dealing with PTSD it still does not give her the excuse to be brutal and mean to her partner who has been nothing short of kind, patient and understanding. She also has issues stemming from the fact that she came from an upscale family and is uncomfortable that her father’s reputation is very well known but come on, nobody chooses their family. You are born into it and whether she likes it or not her family is wealthy and she did pave her own way in life away from her family’s prestige but she cannot see that. Had her character been younger I would have sympathized more with her but in this book she is 38 year old. So it makes one wonder why is she acting like a child in some scenes from the book.

Another element of the book that I dislike is the part where Erin’s brother towards the latter half of the book was concerned. I felt that, that part was irrelevant and added nothing new to the plot nor the characters. It felt more like a filler scene more than anything.

All of that said, I do like Beckett’s character. I felt like he is a good partner for Erin (hopefully she improves by the next book) as he has the experience to counter her rookie-ness. I also liked how the author incorporates aspects of mental illness, rape, exotic dancer and the such in the book although I still feel execution wise it could have been better.

All in all this book was not one I enjoyed due to its main character having flaws that just does not bode well for the flow of the plot. ‘Killing Jane’ would have been a great book had its main character just grew up and had her shit together because the plot, the premise of the book was there and it promised so much! It ruined my book high!!!!! You can say under a nutshell that I am disappointed. If somebody asked me will I read the next installment I would probably answer with a maybe, IF Erin Prince’s character improves. If she is still the same I will unfortunately have to pass.