This weeks topic is “Books That Take Place In Another Country”

I am assuming this “takes place in another country” to be outside my own country which honestly makes this post far easier because all books I read are outside my country of Malaysia.

This one is for two countries: America & Italy 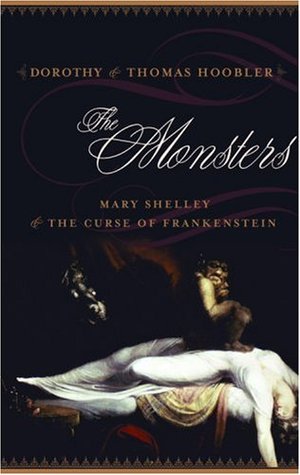 In this fascinatingly complex thriller, two people, each shattered by their past, team to solve a series of killings and abductions…

When a woman is beheaded in a park outside Rome and her six-year-old son goes missing, the police unit assigned to the case sees an easy solution: they arrest the woman’s husband and await his confession. But the Chief of Rome’s  Major Crimes unit doubts things are so simple. Secretly, he lures to the case two of Italy’s top analytical minds: Deputy Captain Colomba Caselli, a fierce, warrior-like detective still reeling from having survived a bloody catastrophe, and Dante Torre, a man who spent his childhood trapped inside a concrete silo. Fed through the gloved hand of a masked kidnapper who called himself “The Father,” Dante emerged from his ordeal with crippling claustrophobia but, also, with an unquenchable thirst for knowledge and hyper-observant capacities.

All evidence suggests that the Father is back and active after being dormant for decades. Indeed, he has left tell-tale signs that signal he’s looking forward to a reunion with Dante. But when Colomba and Dante begin following the ever-more-bizarre trail of clues, they grasp that what’s really going on is darker than they ever imagined.

When I requested this book on Netgalley last year, I chose it because the cover was very interesting what with the black background and the read and grey colored fonts and especially with the boy dead center of the book. The cover gives a mysterious and dangerous vibe making you want to know more.

I, when I started reading the book, thought the book was going to be a typical murder mystery and while (I thought) it would be an enjoyable read like all other murder mystery that I like I did not expect the book to be a roller coaster ride where at the end my mind would be irrevocably blown. This book BLEW.MY.MIND. It was that good.

I say this because it started out like a simple straightforward murder mystery but the more you read the more you realize that there is more to the plot than meets the eye and said simple murder might not be so simple and that it is connected to something entirely different with motives devoid of any humanity.

The plot was also written in the way that every few chapters you get a different POV but you don’t know whose it is. I assumed it was the villain called the Father but then you start to wonder, is it? Like, with all the characters in this book that makes it so interesting is that you cannot trust anybody or anything at face value. Nobody is who they say they are not even people you knew for a very long time so the more you read the deeper you get sucked into this confusing yet brilliant maze.

I loved how both the lead characters are so flawed. Colomba with her PTSD and Dante with his acute claustrophobia and their flaw is not something that was swept under a rug or even miraculously cured by the end of the plot. The problems that they faced mentally truly affected them in real life and more than once hindered progress in their investigation. At the end of the book they did make some progress to tackle their inner demons but it was a nice change of pace to see these characters truly struggled with their fears and and are not completely over it. Gives a touch of realism.

But what blew my mind was not the characters not the majority of the plot. What got me was the ending of the book. It was so unexpected, so inconceivable for it to happen that it in all honesty left me shocked. If you read the book and the ending does not make you want to leap out and find the author and beg for the second book, I don’t know what will.

*I received this book from the publishers via Netgalley in return for an honest review.