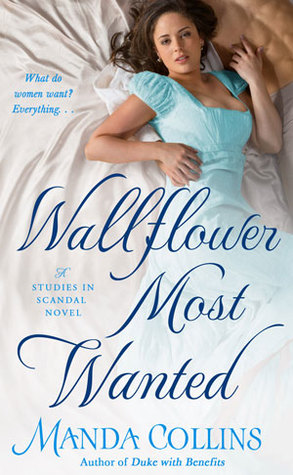 THE PICTURE OF ROMANCE

A dedicated painter, Miss Sophia Hastings is far more concerned with finding the right slant of light than in finding Mr. Right. But when an overhead conversation hints at danger for another local artist, Sophia is determined to get involved. Even it means accepting help from an impossibly good-looking vicar who insists on joining her investigation—and threatens to capture her heart…

Reverend Lord Benedick Lisle knows that Sophia is no damsel in distress. But he won’t allow her to venture into peril alone, either. . .especially since he finds Sophia’s curious, free-spirited nature so alluring. But protecting her from harm is becoming more difficult than the vicar could have expected as he and Sophia confront their fiery mutual passion. Who could have known that the art of love would prove so irresistible?

This post is long and had I not fear for my own sanity it would have been longer but fear not I have condensed all my rants to a few bullet points so if you don’t want to read the whole length of my rant but want to know my thoughts on this book you can just read the following.

To sum it all up in a relaxed and calm manner. I did not enjoy the book for the following reasons:

Now, if you are interested in my rant by all means. Read ahead and enjoy.

If you have been reading my blog for awhile you will definitely know that my favorite genre is historical romance. I am very lenient towards books from that genre. I mean what is there not to like?

Wallflower most wanted by Manda Collins. Huh. To say I absolutely hate this book would be a tad bit too harsh but I will say this, I completely in all seriousness dislike this book. I did not enjoy it AT ALL and the only reason I am giving it a 2 rating instead of a 1 is because I did not read the previous books (of which I apparently have one, how was I supposed to remember? I have a back log of at least 130 books in Netgalley) thus I am giving this book and its series A HUGE BENEFIT OF THE DOUBT and since I now realize I have one of the previous book I will read that one and come back to this review either to take back my words or stand by it.

But in all honesty I shouldn’t have had to read the previous books to get the jist of the plot because I have read Elizabeth Hoyt’s books and I didn’t read them in order (I wish I could and did but Netgalley does not tango that way, I read the first book then completely missed at least 9 books in between before reading the tenth or so book) and I still enjoyed the plot and the characters IMMENSELY. Yes, the reading experience would be better had I read her other books in the series but that only serves to supplement the plot instead of eclipsing it.

Let me backtrack from all this passion to get to the core of my problem with this book. My biggest problem was the god damned… PACING! Either it was too fast in some areas or too god damned slow in others OR JUST COMPLETELY BS!!! (can you feel my frustration through the screen? CAN YOU??? Historical romance is my go to books for when I am in a reading slump NOT THE ONES THAT CAUSE ME TO HAVE MORE OF A READING SLUMP!).

It’s because of this absurd pacing that I cannot relate, I cannot empathize and in short I don’t give a shit about the characters. They say that Ben, the hero and the Vicar of the town and Sophia, the heroine, have known each other for awhile now as acquaintances and so them falling in love doesn’t come as a surprise but it does! IT DOES TO ME BECAUSE I DON’T KNOW THESE PEOPLE! Like one day they are just NEW friends happily solving a mystery together and freaking holy cow a week later you expect me to

believe Ben is so deep in love with Sophia already. ARE YOU BLOODY KIDDING ME?! Then to put fucking HYDROCHLORIC ACID TO THE FUCKING WOUND YOU EXPECT ME TO BELIEVE THAT THEY WOULD IMMEDIATELY HAVE SEX??!!!!!!!!!!! AFTER JUST BARELY… BARELY TWO KISSING SESSIONS?! YOU EXPECT ME TO BELIEVE THAT SOPHIA WHO I AM ASSUMING IS A VIRGIN IS GOING ALL GUNG HO IN THIS SEXCAPADE????????????? She says she has read all them sex books before thus contributing to her eagerness well excuse you madam I too have read a lot of books involving sex, heck I have even read the KAMA SUTRA yet I am sure even I would still be shy when it comes to a sex session with a new man. There was not even a hint of shyness, if Sophia had been a ho before this then yeah this wouldn’t be a problem. She can ho herself into Ben’s knickers.

Okay let me calm down. Right, the pacing of the plot is too inconsistent that the plot and the characters themselves become absurd and trust me I have read historical romance from the 80’s, I know absurd.

My next point is the characters. They are so bland, so two dimensional, so…so…SO

BORING! I love me some independent, sassy, intelligent women in historical romance but they themselves have to prove or show that to me. It doesn’t work if the author tells me that they are all these things. Like where is the proof? I can say that I am unicorn sex goddess and have had sexual relationships with Tom Hiddleston but without actions to support that aka proof I just sound delusional. It’s like what they say regarding movies, “show… don’t tell”.

Let me give an example regarding this telling vs showing thing. The author says Sophia is strong and is mentally capable to hold her own and isn’t the type to change her mind so easily or she isn’t like other women who gets emotionally hurt over some random thing then explain to me why I fucking kid you not 5 minutes after Ben proposed and they were confronted by Ben’s Boss (I forgot what the title was for the guy) and his dad that Sophia gets all upset (internally that is) that he doesn’t announce and flounce the news of their engagement to the whole damned world. CALM YO TITS WOMAN! You legit got engaged JUST NOW! And then when Ben does announce it she gets upset again because it would mean trouble for Ben in the future and I am here like:

MAKE UP YOUR MIND!

Like which one are you Sophia? I understand the female pysche being female myself that we tend to change our minds but within a span of what 15 minutes? That is a bit much for a woman who has a life philosophy, moral code and ethics.

There was no buildup at all for this book. Not in the mystery they were solving and neither was it there for the sexy times. It was just a huge blob of

disappointment. And another thing I have to add here was that there was no character growth. Not for Ben and definitely not for Sophia. Their characterization disappointed me. I don’t know about you but I am pretty sure that a vicar should have some restraint when it comes to sex. I am not saying he should stay away from it but I was expecting that they would at least get married first before getting it on or at the very least show that he was having difficulties with both being a vicar and also wanting to have sex with his girlfriend. Some inner conflict you know but no what I get is plot conveniences and plots being glossed over for again more convenience. Inner and outer turmoil is what causes humans to be relatable and for them to grow to be more mature in life.

Also some parts of the plot were really ridiculous that instead of adding more dimension to the book as a whole it just made it seem that the characters Sophia especially are just thinking with their knees as Sarawakians would say pikir ya pake otak bukannya pake palak tut (use your brains to think not your knees). Examples for this are:

This book just sucked my soul out like how Dementors just suck the happiness and legit your soul away. Far, far away. You know what if I go on this rant any longer either this post will turn into a dissertation or I will have an aneurysm whichever first. If you guys actually managed to read up to this paragraph I am impressed and beyond flattered.

On a side note, I really hope my wishlist for Netgalley gets approved (or whatnot) by the publishers because the second book by Sandrone Dazieri is out on Netgalley and I am like please PLEASE GIVE ME THE BOOK!

On another side note, I think my fiery passion in disliking this book stems from the fact that historical romance is my go to books so when it is disappointing, for me it’s more than JUST disappointing. It is as if you have offended my honor and intellect! I am being a super drama queen but that is how it feels like.

*I would like to thank the publishers for inviting me to read this book via Netgalley and this has no effect whatsoever on my opinions regarding the book as you can see from this OUTRAGEOUSLY long rant-review.