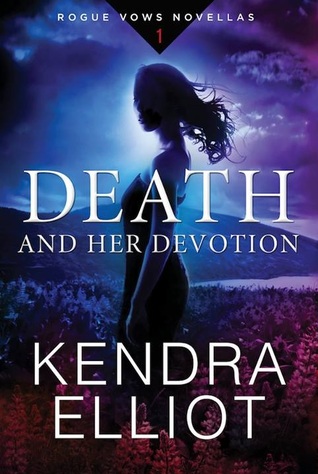 In the first Rogue Vows novella, Zane and Stevie are about to get an unexpected wedding present…and it’s a deadly one.

It should be the happiest weekend of Officer Stevie Taylor’s life. She’s finally going to marry Police Chief Zane Duncan and live happily ever after in Solitude, Oregon. But all wedding plans grind to a halt when a dead body is found at a nearby campground. A vacationing A-list TV actor has been murdered…and all hell is about to break loose.

When it comes to a celebrity murder, everyone has a motive—and everyone wants a piece of the action. As news media and paparazzi swarm their sleepy town, Stevie and Zane must dig deep to untangle a web of lies, dirty little secrets, and betrayals—and uncover the killer. But the closer they get to the truth, the deadlier their investigation becomes. And if they don’t act quickly, ’Til death do us part may come sooner than they thought.

The book was okay for me and I say it was okay because to be honest it was so short that I couldn’t really say anything else except it was okay. The book was too short for me (which I don’t blame because it is a novella) to be emotionally attached to the characters nor get to know them on a deeper level. The characters themselves were likable enough where they were neither too perfect nor too flawed. Realistic is what they are but again due to the book being so short I couldn’t connect to any of the characters before the killer was caught.

The plot on the other hand lacked the oomph that I was hoping and looking for but that did not mean it wasn’t enjoyable. The oomph I was looking for I suppose was where the killer had a more sinister motive.

Overall, I would say this book is great if you want to read a murder mystery that is light, easy to read and doesn’t take up much time.

*I received this book from the publisher via Netgalley for an honest review.